For the first time in over 150 years, the former Chelsea Barracks will become accessible to the public, as part of a major new residential development in London’s Belgravia.

The first, Mulberry Square, was brought to life in the form of a beautifully designed kinetic tapestry, drawing on Bridget Riley’s colourful striped painting.

Extending over 100m long and 30m wide, Mulberry Square will act as the main thoroughfare through the estate and pays homage to a traditional kitchen garden, planted with herbs and flowers that can be picked for cooking.

The second of the garden squares, Bourne Walk, situated along the border of Chelsea Bridge Road, seeks to create a British native woodland, which has been planted with established trees and native flora to create an ecological corridor to encourage wildlife into the heart of the capital. 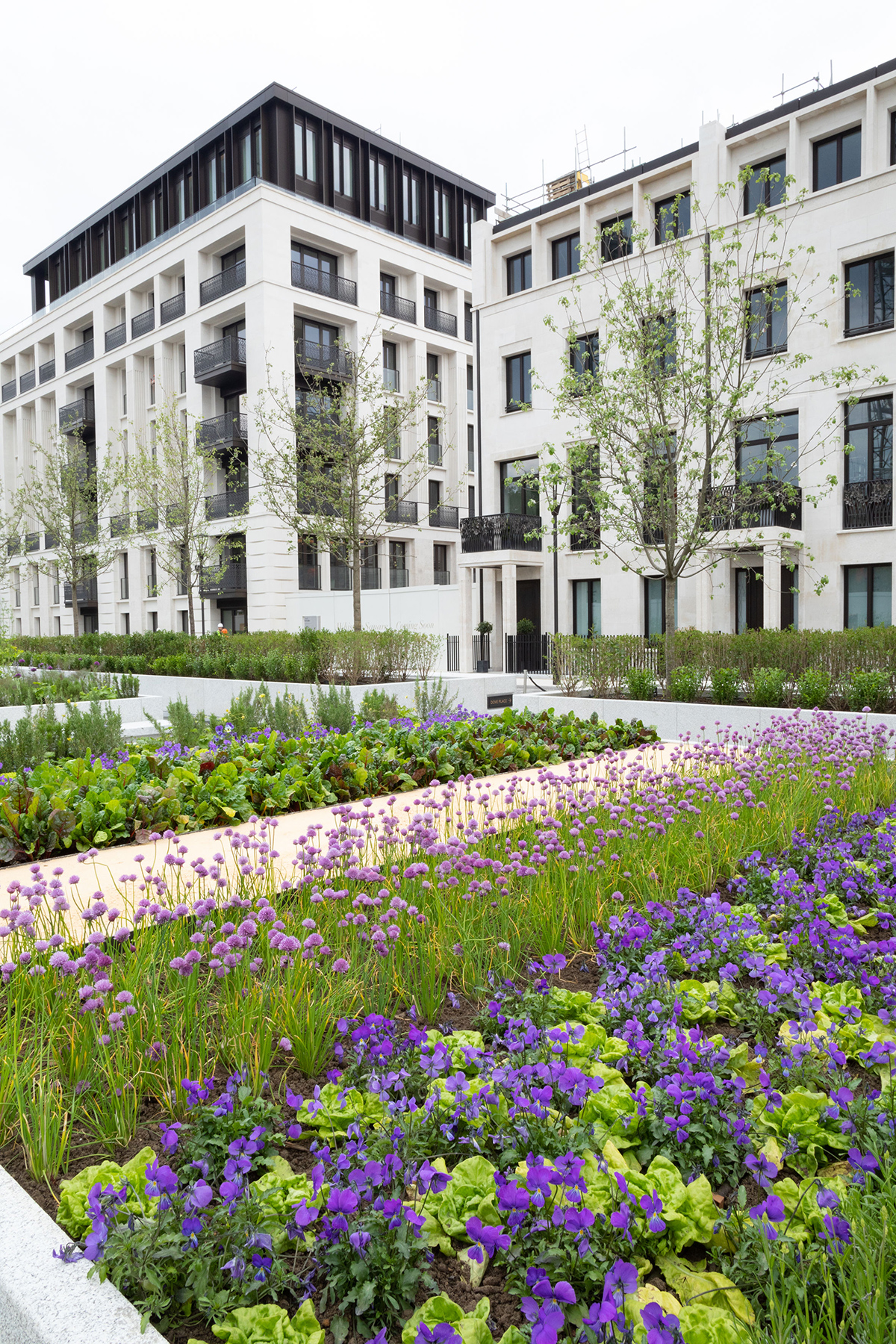 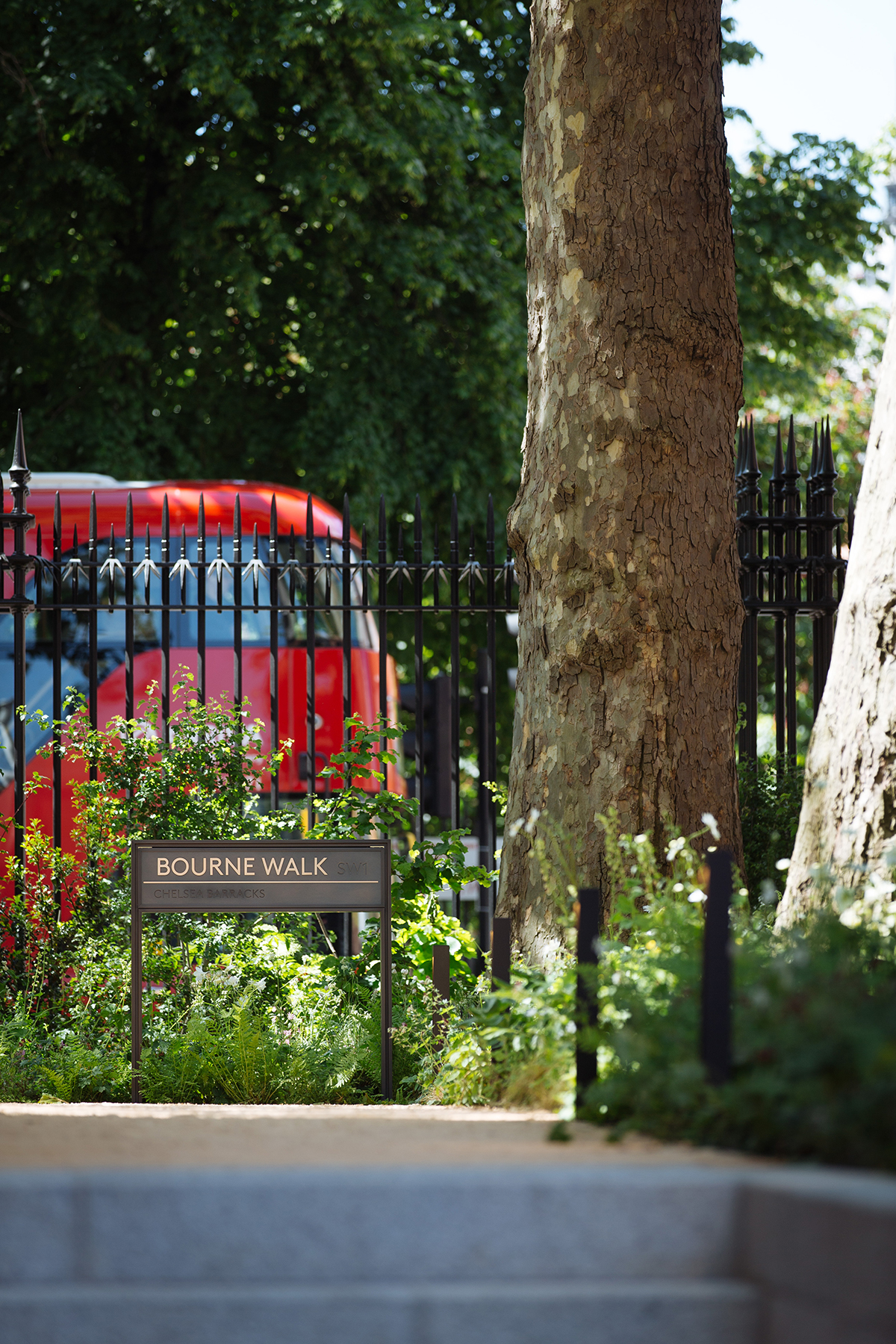