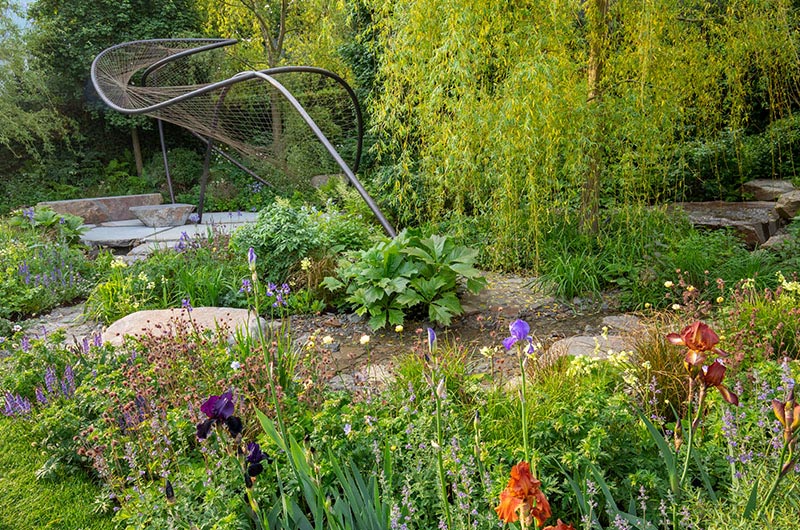 It is one of the most bizarre ironies of the British climate that despite what seems like torrential rain and flooding for half the year, the spectre of hose-pipe bans looms large for so many areas of the country come the summer.

Whether the reason for this apparent paradox is climate change or simply too much demand placed on a limited resource, the popularity of drought-resistant gardening has been growing in leaps and bounds over recent year – and as an answer to watershortages, it’s hard to beat.

One of the most popular ways to begin drought-resistant growing, gravel gardens have changed out of all recognition, principally as a result of the vastly increased range of appropriate plants, which have become available from garden centres. Part of their enduring appeal is that the general idea can be adapted to suit a range of conditions and different design styles, with the added advantage that once they have become established, they are probably the least labour intensive, low-maintenance garden possible.

The key to creating a good one lies in proper preparation from the start. Ironically, a good drought resistant gravel garden needs to be free draining, so it may be necessary to do some work to open up the soil before you begin. It is equally important to remove any perennial weeds thoroughly, since this will be a well-nigh impossible job to do later, once everything is in place. Although it can add to the overall cost, laying one of the many brands of proprietary perforated geo-membranes before adding the gravel itself can be helpful, particularly if weeds have been established in the ground for some time.

Species which come from parts of the world where the rainfall is low often tend to be equipped with natural adaptations to deal with the lack of water, such as small, shiny or fleshy leaves and many kinds have narrow or hairy foliage to reduce water loss. While these features first-and-foremost make them ideal candidates for use in the droughtresistant garden, their interesting forms, textures and colours can also make them fascinating subjects in their own right; the drought-design certainly doesn’t need to be boring!

Unsurprisingly, Mediterranean varieties largely dominate the list of suitable plants, though a number of kinds from countries further a-field, including South Africa, Australia and New Zealand, have also begun to make their own contributions. Thymes (Thymus), oreganos (Origanum) and lamb’s ears (Stachys) are typically thought of as forming the mainstay of this kind of planting, but with the wide range available, the drought-resistant garden does not have to be limited to plants such as these alone.

There are suitable trees – from the likes of tall eucalyptus varieties, to the shorter Acer or conifers such as Thuja; shrubs in the form of Artemesia or Mahonia and climbers too, including Acacia and Fremontodendron, for instance. In short, whether you are searching for trees and shrubs, ground cover, herbaceous perennials, annuals or grasses – the whole spectrum of plant life is represented in drought-resistant form.

The hardest part is often choosing which one – and even cooler and exposed sites are served with native coastal plants such as sea-pink or thrift (Armeria) and sea lavender ( Limonium).

Aside of being a very low-maintenance approach and good for the environment, drought resistant planting can make sound economic sense too, especially for households with metered water. Avoiding all that watering gives you so much more time to just sit and enjoy your garden and the good news is that even if the water is in short supply, there are enough kinds of drought-resistant plants to chose from to make sure that your creativity doesn’t have to dry up too!

Any cookies that may not be particularly necessary for the website to function and is used specifically to collect user personal data via analytics, ads, other embedded contents are termed as non-necessary cookies. It is mandatory to procure user consent prior to running these cookies on your website.